​James R Howard-Tripp - Chairman and CEO
Mr. Howard-Tripp has specialized in the research, development and launch of innovative pharmaceutical products and the growth and development of the companies that research and market them. He has been involved in the management (GD Searle, Wyeth-Ayerst) and creation of (Allelix, Labopharm, Dermacor) several successful companies. He has 20 years of experience as a President and CEO and has sat on multiple boards of directors, on most as Chairman. As President and CEO of Labopharm (11 years) he oversaw the research, development and approval of three products and the launch of two, with the lead product marketed in 19 countries and resulting in total end-user sales of approximately $100 million. During his leadership, Labopharm raised >$250 million in the public markets (US IPO $112 million in 2006) and earned >$100 million in deal revenue (partners SanofiAventis, Purdue Pharma, Merck Inc., Grunenthal, Angelini, Esteve). Additionally, he has served on various scientific and industry committees as well as several not-for-profit boards.

​Rory Riggs - Director
Mr. Riggs is the Managing Member of Balfour LLC, an investment management company.  Mr. Riggs is the past President of Biomatrix, Inc., a NYSE-listed company which successfully developed and marketed one of the leading viscosupplementation products in the United States, Synvisc®, for the treatment of osteoarthritis. Prior to Biomatrix, Mr. Riggs was Chief Executive Officer of RF&P Corporation and was also a Managing Director of PaineWebber Inc. Mr. Riggs holds a B.A. from Middlebury College, Vermont, and an MBA from the Graduate School of Business, Columbia University, New York.

​Harry Glorikian - Director
​Mr. Glorikian co-founded Scientia Advisors with 20 years of experience in the healthcare and life science industries. He is known worldwide as a leader in helping companies streamline their operations and accelerate their growth.  Having held senior management positions at Applied Bio Systems, Signet Laboratories, in Massachusetts, and at X-Cell Laboratories, Inc., in California, Mr. Glorikian has a deep commercial background in diagnostics, molecular biology, proteomics, cellular biology and biodefense. His unique understanding of technologies, operations and strategy from both customer and industry player perspectives has shaped Scientia’s sophisticated framework and proprietary analytic tools.  Scienta was recently acquired by Precision for Medicine and Mr. Glorikian has joined the leadership team as Managing Director. 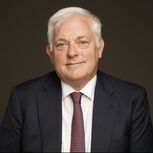 Richard Huston, Bachelor of Science (Hons)
Richard has over 30 years experience in the Financial Industry and in that time has held Executive roles in Asia, Europe and the UK. He has been involved in start ups and small businesses in both the UK and the US and is currently MD of Seek Group, a pharmaceutical company and holds several related Directorships in Biotech.